Recently MTR Design became part of a movement that made some strong waves in the fisheries policy. The guys from Keo digital commissioned our team to develop, implement and maintain the website fishfight.net promoting the TV and internet campaign “Hugh’s Fish Fight”.

At the ignition of the Fish fight campaign on 11th of January 2011 which proved to be a tremendous success, the site that our team created was challenged to undertake and handle enormous flow of sign-ups and unique visits, reaching 1 million impressions between 8 o’clock p.m. and 11 o’clock p.m. on 13th of January.

The goals were set

The idea that Keo had in mind was expected to bring foward a powerful message, so they came up with simple design, that would play a central role in promoting the goal of the campaign – common fisheries policy reform driven by increased social awareness. The basic objective of the site was to get visitors involved in the mission by signing-up for supporting the campaign.

The site www.fishfight.net was supposed to undertake maximum concurring connections at the same time and to  maintain data income in the course of signing-up.

In order to make this happen our team took care of developing the site’s accessibility, administrating the system and server maintenance and performed a full time support during the unprecedented traffic registered at the very start of the campaign.

The time is ticking. So is the counter of the number of visitors supporting the cause. Every day even more people visit www.fishfight.net and get involved.

We realized that we’ve made this campaign happen and that became quite clear on the third night of the TV series aired on Channel 4. On 13th January between 8 p.m. and 11 p.m. www.fishfight.net scored 1 million page impressions.

And the campaign (conducted to a great extend through the www.fishfight.net) is already making its point and showing some astonishing results: 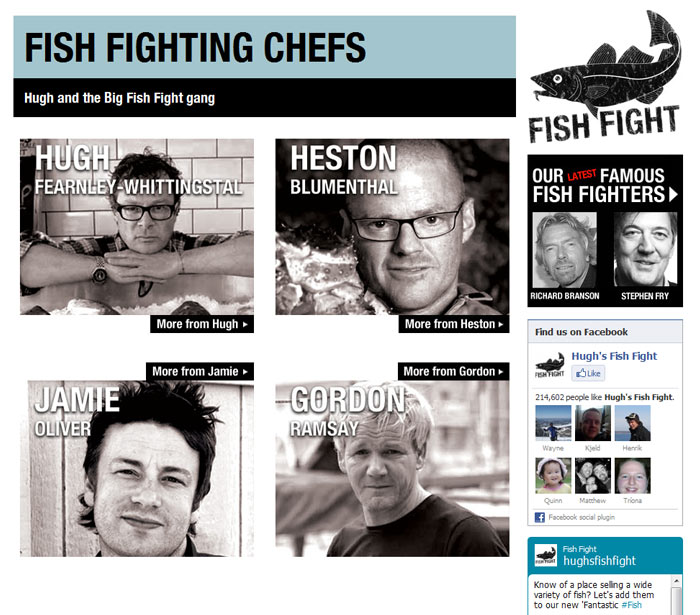 How did we handle it?

The MTR Design team was responsible for development, maintenance and administration of the site. In short, our team is “to blame” for:

Yet, the best we’ve done is supporting a campaign that’s already making impact.

The success in developing www.fishfight.net was acknowledged by our partners KEO Films: 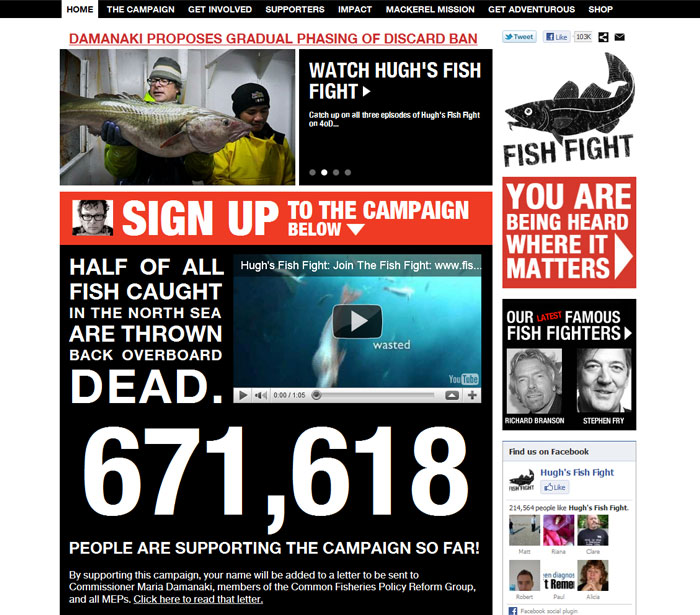 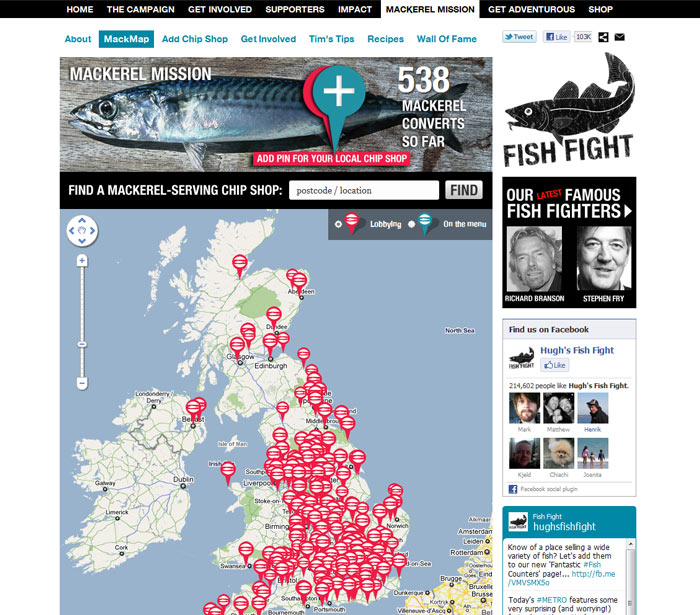