Ideas worth funding. You have a good idea but you don't have the cash to bring it alive? Spread the word. Visit www.peoplefund.it and get funded! You will find a powerful community that will support your project and make it real. Have fun, make friends, promote your idea and make it work.

Occasionally, people come up with amazing ideas that worth spreading and have it all to make the world a better place. We believe that such projects should be given the chance to prove their worthiness. So do our friends from KEO digital who commissioned us the build of their newest project - Peoplefund.it. We fell for their idea about a website, that brings together the thinkers and the supporters and helps the good ideas prove their potential.

Key facts about the project 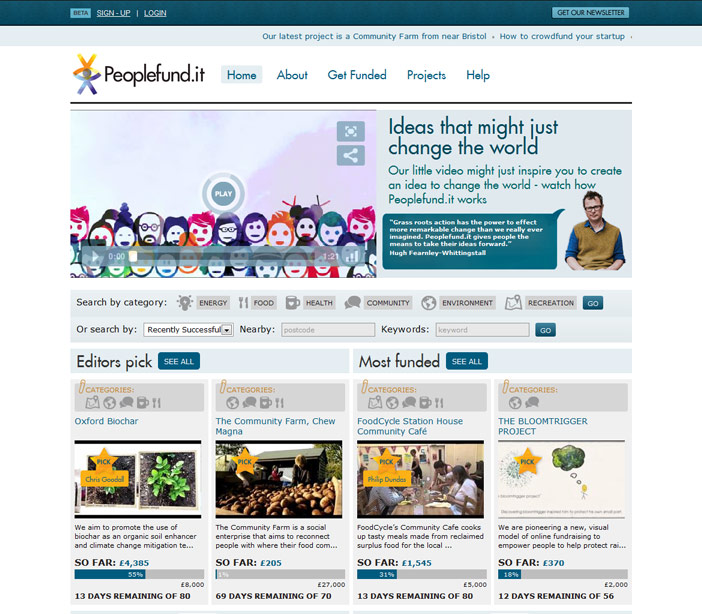 Peoplefund.it is organized around funding original projects. Each ideas grower needs to have an account in order to promote them and raise the targeted amount. Every visitor can become a supporter by pledging a certain amount of money, time or skills in return for his choice of award. It’s a win–win situation. The pledged money will be transferred only if the targeted sum is raised and the goal is reached, on the other hand every contributor will receive a reward for his/her support.

In its essence the site is all about forming a community – so our team was commissioned to craft a community platform especially designated for the needs of the project. Each party – the project creator and the supporter has their own account in peoplefund.it which makes the interactions between the participants more transparent and reliable.

At the same time the site plays main role in popularizing the idea – it provides the tools for gaining popularity – video streaming, photo sharing, social media connection. These features are integrated in a bespoke content management system, built up by our team.

One of the most important functions of the site and respectively the one that required a lot of planning and proofing was the integration of the GoCardless direct debit system. So we had to put some extra care in securing the transactions and authorization between the parties.

What did MTR Design team do in this project?

Since the launch of Peoplefund.it a week ago one of the projects “The Bicycle Academy” has already raised 100% of the targeted amount and they keep on getting pledges. The ideas are gaining more popularity and other projects are making their small but steady steps towards success. See for yourselves!

The project is commissioned and owned by Keo digital. 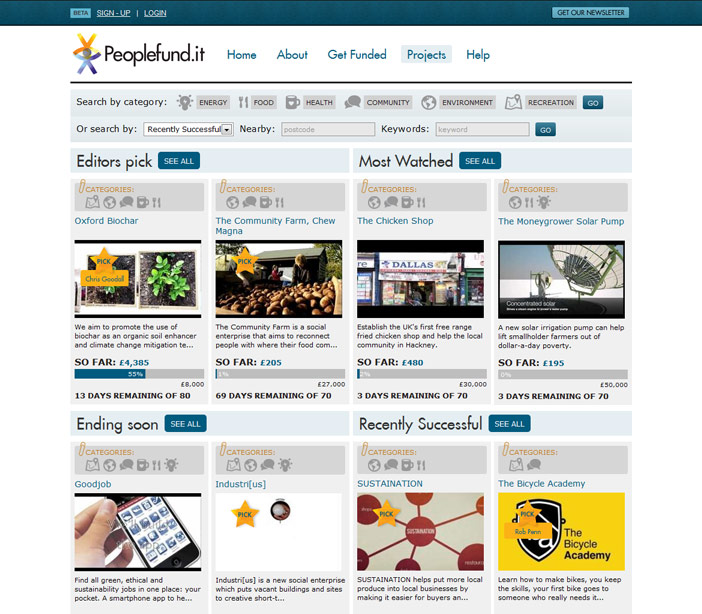 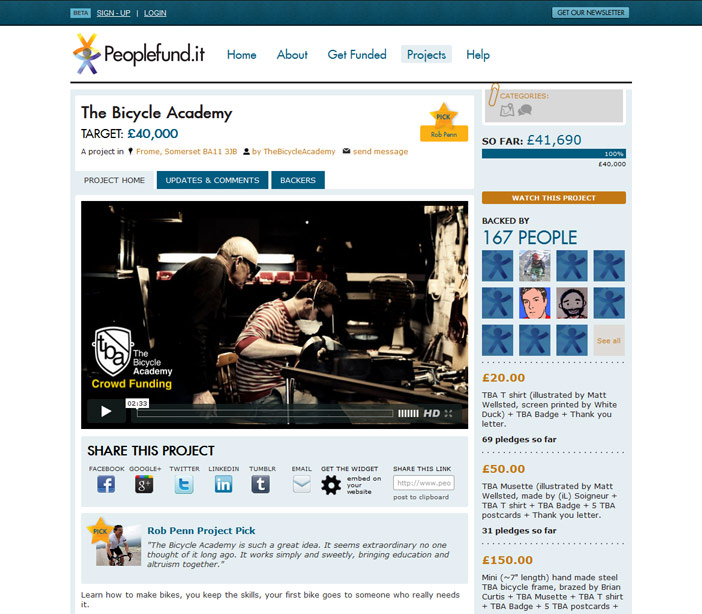