Codigital is a smart, AI driven system where organisations can effectively create and manage brainstorming sessions at large scales. 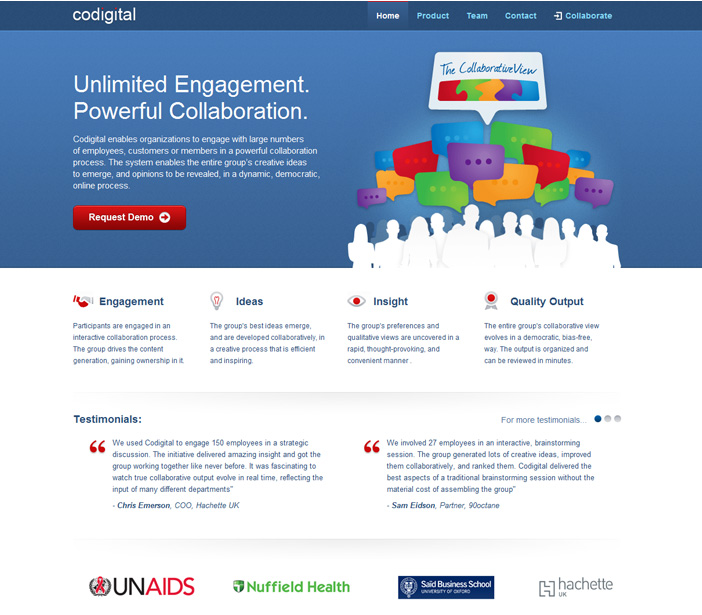 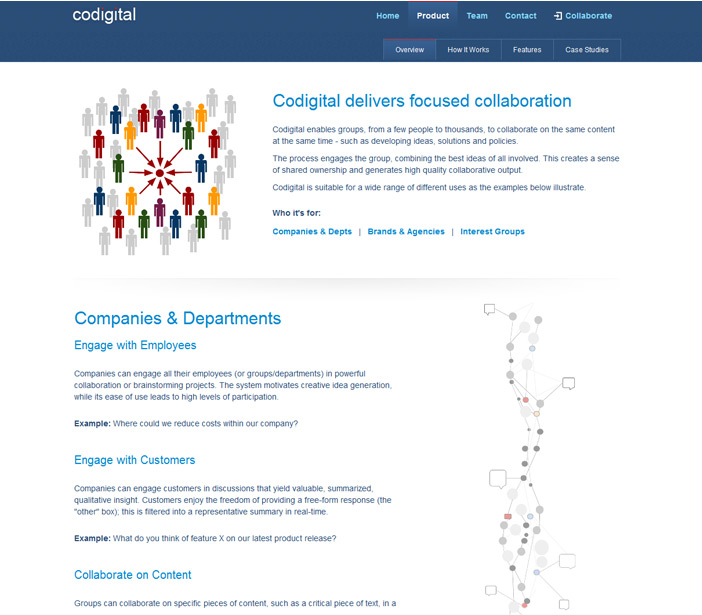 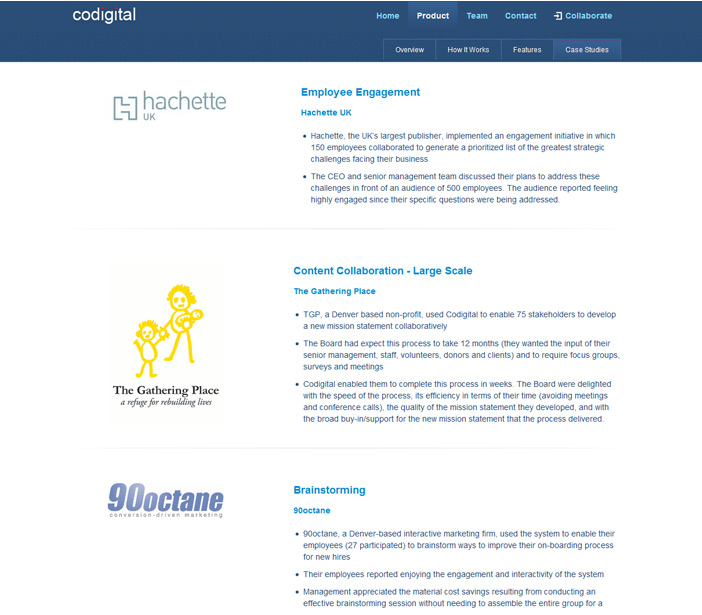 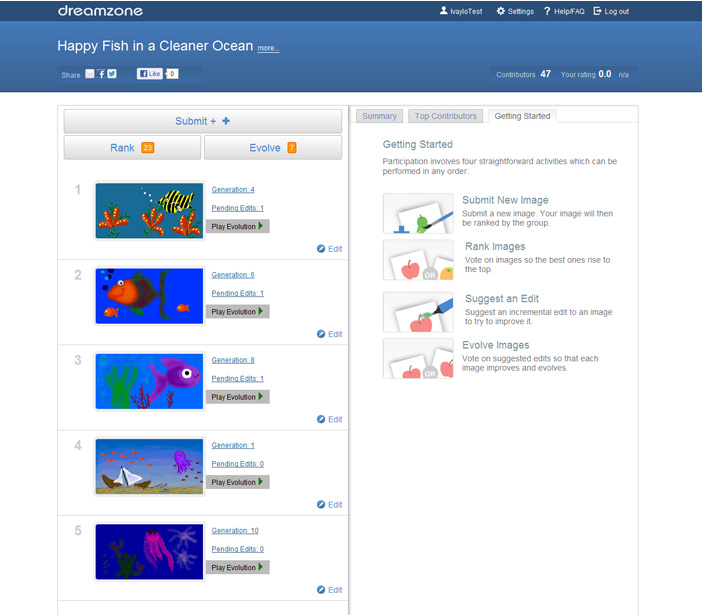 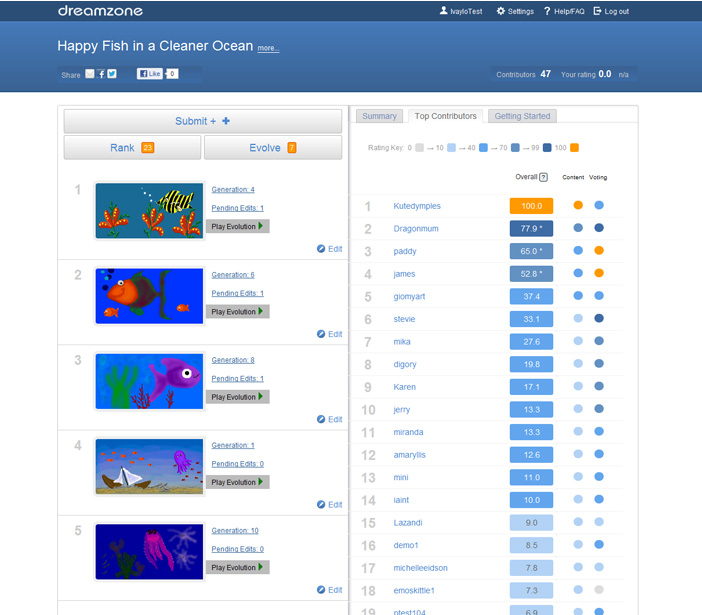 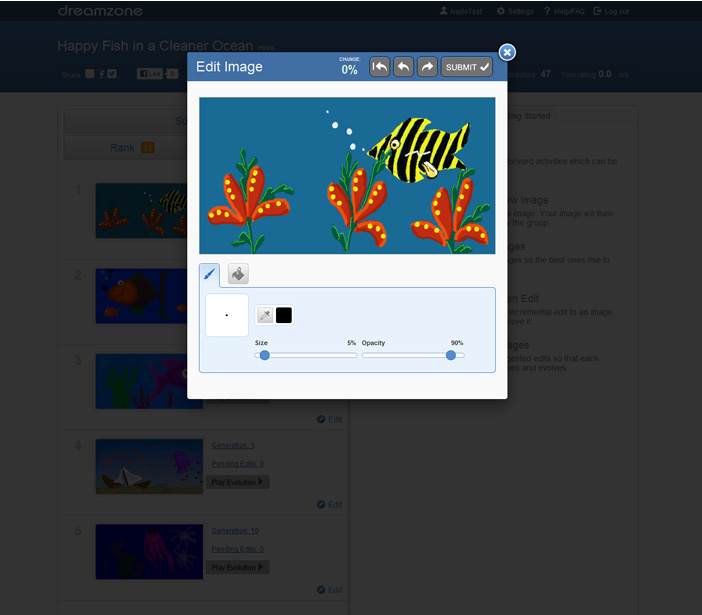 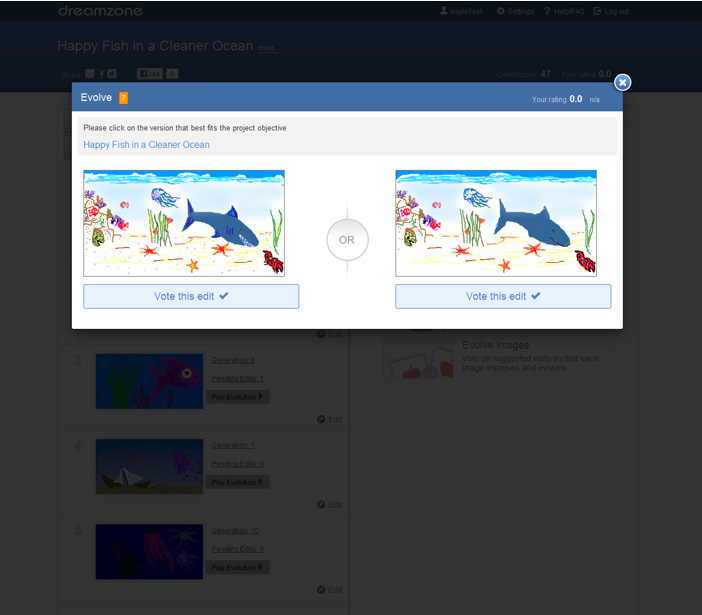 Our goal was to build a web-based system, enabling groups, from a few people to thousands, to work together on the same item of content at the same time - such as a developing an idea, piece of text or an image.

Paddy Hood, the founder of Codigital, has a strong background in the field of artificial intelligence. His idea was to build a "real-time ideas engine" for the business, based on the optimising principles of genetic algorithms and evolution. After several years of research and development, he perfected his algorithm which is the core of the Codigital's engine.

How does it work? Ask an open question, such as "How can we improve our website?", to a group of participants. Each member of the group can submit suggestions or modify existing ones, forming a large population of answers, which will compete for survival. Answers from the generated pool are paired up and shown to different people from the group, asking them to pick the one they prefer. Statistical analysis of all comparisons identifies the best answers, which are selected to survive into the next generation. This process is repeated several times as the suggestions evolve. At the end of the process you'll get a final report of all surviving answers. Since the final solution will be co-created by the collective input of all members in the group, they will buy in to the results.

There's nothing better during a brainstorming session than visualising your ideas with graphics. The Codigital system includes a drawing board, which allows the participants to create simple coloured graphics, directly apply improvements over existing ones and see the stages of their progress over time.

You can share the progress of your project and invite more participants by using the embeddable widgets. Simply place the embed code in your website and you'll always have an updated list of the top ideas, number of contributors and votes.

If you want to learn more and see a demo of the system in action, click the link below.

Visit the site
Previous project
All projects
Next project